You can see it here: 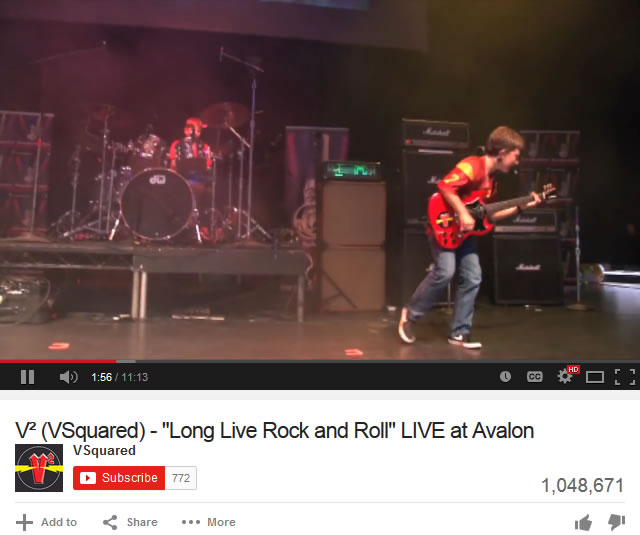 I’m sure that after you watch Vittorio and Vincenzo, the youngest performers to ever grace the stage of the Los Angeles Music Awards, and the first artists to ever receive a standing ovation in the 24 year history of the LA Music Awards, you too will understand why these amazing 11-year-olds were also the first artists to ever sweep 7 nomination categories at this prestigious awards show.

NOTE: If you have not already secured and printed your tickets to attend V² LIVE, Concert 3: I Like Doing This The Best on Saturday, February 21, 2015 at 6:30pm, at Rock Star University’s HOUSE OF ROCK (located at 3410 Industrial Drive, Santa Rosa, CA) DO SO NOW!

Free tickets may still be available at http://rockstaruniversity.com/purchase-tickets/ but don’t wait as they could be gone at any moment.

You can download their award winning album exclusively at www.VSquared.rocks

Vittorio and Vincenzo are quite proud of the success and attention their first studio album is garnering, but are not resting on their laurels. V² has already completed their second album, Pass the Rock N Roll Torch, which will be released later this year.

Also watch for announcements regarding the major network airing of a documentary produced about Vittorio and Vincenzo, entitled, V² Behind the Scenes: The Making of 11 Year Old Rock Superstars.

V Squared’s single, I Like Doing This The Best is Now #1 on National Internet Rock Radio Chart!